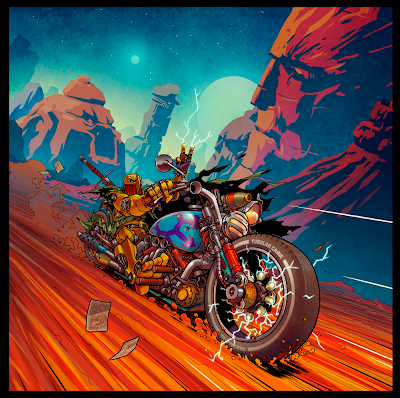 I pretty much begged for the chance to do this cover. Well, I didn't, but I would have. I fucking love the ABC Warriors. When I was about 12 and it appeared in 2000 AD, Khronicles of Khaos was pretty much the most brain meltingly amazing thing I'd ever read - It was funny, weird, really violent and looked amazing. Plus it was crammed full of bad-ass robots and strange aliens, and the only humans in it were these vile grotesques. Amazing stuff, and quite formative for me really, both as an artist and in terms of things I like to read.
Anyway, above is the full, finished artwork for The Solo Missions, a collection of ABC Warriors one-off stories from annuals/specials etc, plus the Deadlock solo story from 2000 AD a few years ago.
The processes I used to do it were, as usual for me, far too complicated and laborious but I thoroughly enjoy making things hard for myself and its all worth it when it turns out well - like this one did, hopefully. 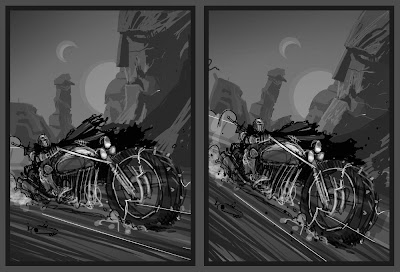 After drawing some bloody awful group shots in photoshop - trying to somehow get the 'Solo Missions' theme across but showing all 7 characters at once -  I came up with the layout above, which is kinda cool, and also shamelessly plays to my strengths (vehicles/techy stuff/big skies/space). I did it quite straight on the page to start with but realised pretty quickly it would look more dynamic at an angle, and I could make the bike bigger in the frame without losing any of the dead space for text. 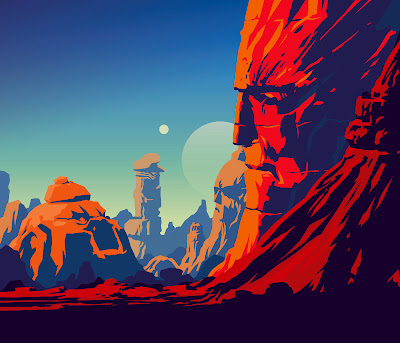 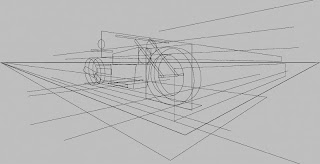 Next I jumped into Adobe Illustrator for the background. I could have done this in photohop, but I like the sharpness and endless editability you can get with the vector shapes, and I've really enjoyed making big layered landscapes in this way recently on some other covers like Different Kingdom. I also made myself a perspective grid and some basic forms for the bike, which I printed out onto some drawing paper to use as a guide when doing the pencils for the foreground. 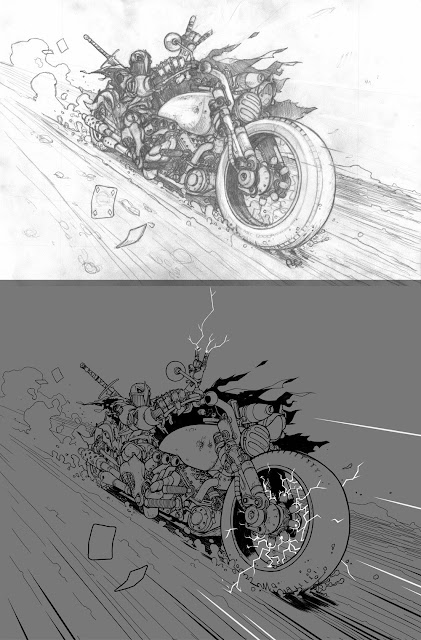 I scanned the pencils back in and inked them in photoshop, then slowly built up the colour and  background objects I'd made in illustrator together into one massive file. For reasons best known to myself I did it at actual size, but 600dpi, which meant the file at the end (which had a LOT of layers) was almost a Gb in size. This got a bit risky towards the end as my mac was really starting to grind... I had a few moments where I thought it had just given up.
Finally I flattened the art, imported it into Indesign and added the cover text. Here's the final cover as it'll appear on the shelves: 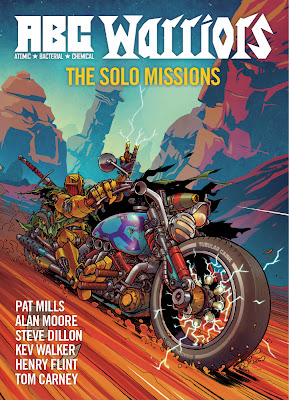