King of the Wolves! 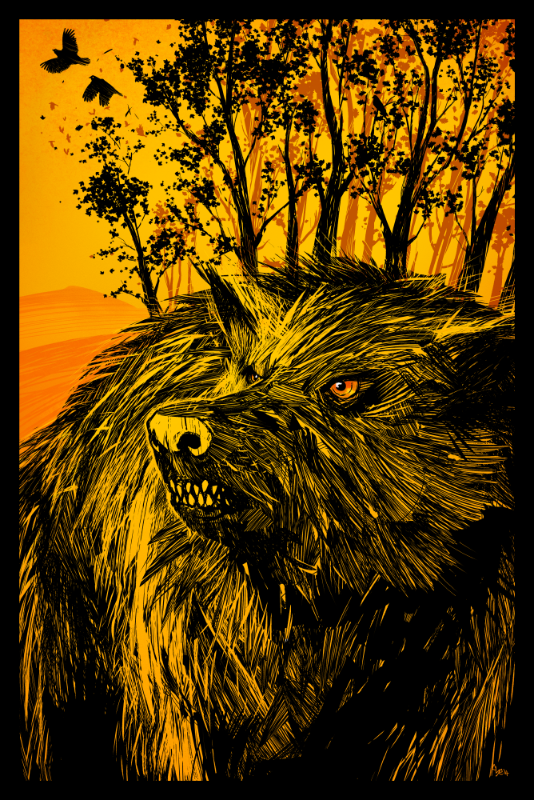 This cover is for a second edition printing of Lupus Rex by John Carter Cash, published by Ravenstone. The first edition hardback had a cover by Douglas Smith (which was lovely - I did the design work for it, and was really proud of how it turned out). When we came to do a paperback reprint for the UK I got the chance to do something myself. The US paperback got a new cover too - by Edouard Groult one of Rebellion's concept artists - but both that and Douglas's original were quite similar in tone if not style, so I went in as different a direction as I could think of.

I did the main illustration quite quickly, all freehand in photoshop, but using the lasso tool to both add and remove texture from the wolfs fur. It worked quite well so I'm hoping to use he technique again in the future. The cover text was slightly more problematic. Because the picture was high contrast and in simple colours, it was very difficult to make the text stand out in any colour other than white, which annoyed me slightly as I'd tried very hard to not use white anywhere in the image - and its doesn't appear anywhere else on the front or back cover design. This is something that's likely to bother me more than anyone else though, so after several hours of mucking around I left it as it is above.
Below are the roughs I came up with to start with (I knew early on I wanted to do something almost designey - using silhouettes, just had to decide what, and how), and the full cover layout. 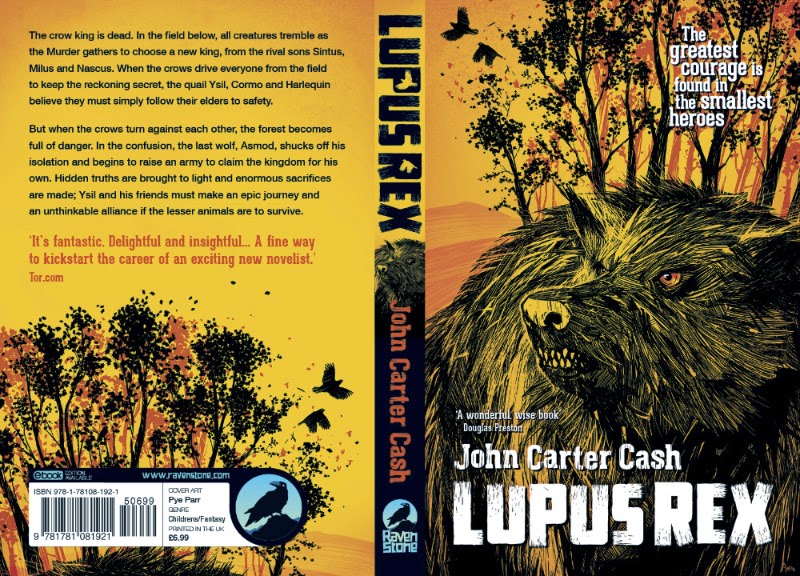 Putting the flying quail in the spine logo was one of the last things I did - and possibly my favourite thing on the cover now, if I'd have thought of it earlier, it could have gone in a totally different direction.
Posted by Pye at 14:18