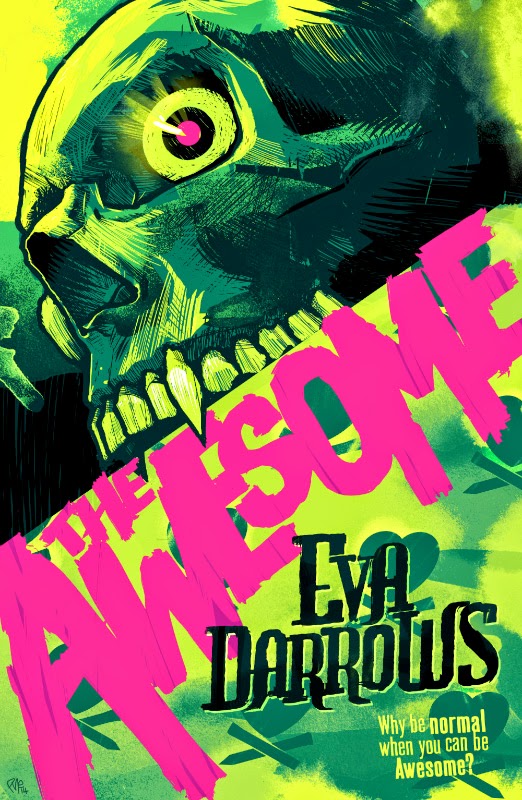 Not often you get to write that as a header without feeling like a total tosspot... Anyway, this is the cover for The Awesome by Eva Darrows, a YA novel from Ravenstone about a kick arse teenage vampire hunter from a family of kick arse vampire hunters, who all of a sudden has to try and fit in with normal society, find a boyfriend and lose her virginity before she starts sending the vamps crazy (which is what happens apparently). The brief was pretty open so I tried to do something that was the exact opposite of the tedious 'hunks/babes in a blue graveyard' Buffy/Twilight inspired stuff you get on Urban Fantasy books a lot of the time. Plus, if I could get away with using evil looking dayglo green skulls and neon pink text I'd be well happy.

Above are my first sketches. The diagonal split on the second (used) rough was a complete accident. Whilst fiddling with the photoshop layers from my first attempt it just happened that one of the textures I'd used split the page in half - It looked pretty cool, so I worked around it. Normally I do more mockups than this, but was so taken with it I sent them straight to Editorial/Hillary.
After the initial suprise of getting a luminous green punk vomit cover (having expected something quite different) it seemed to go down pretty well - the only addition requested being the crossed stakes pattern over the bottom half to ramp up the vampire/love element, which I think was a good call. 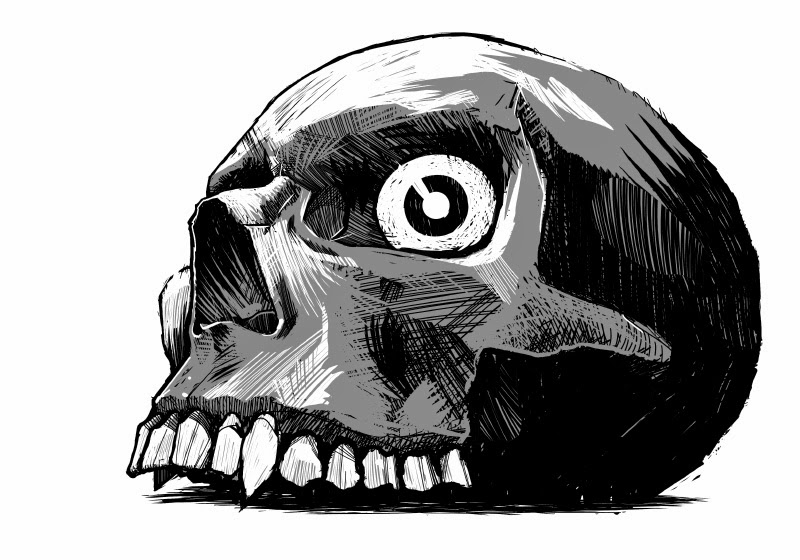 The skull was drawn straight into Photoshop (we have a cool plastic skull model in the Rebellion office that I used as reference) with the white, black and grey on separate layers. Once I was happy with the form I pasted it over the rough (which I did a full size) and started to muck with the colours. I've been keen to try this for a while (previously when drawing in this style I kept the lines black), as one of the problems I found with high contrast black and white art is that it's really tough to get any text on top to stand out. Beyond that it was pretty simple; The title text needed some work to make it more readable, and I drew the heart patterns in illustrator to make them more uniform, but all the colours and stuff were sampled straight from the rough layout. 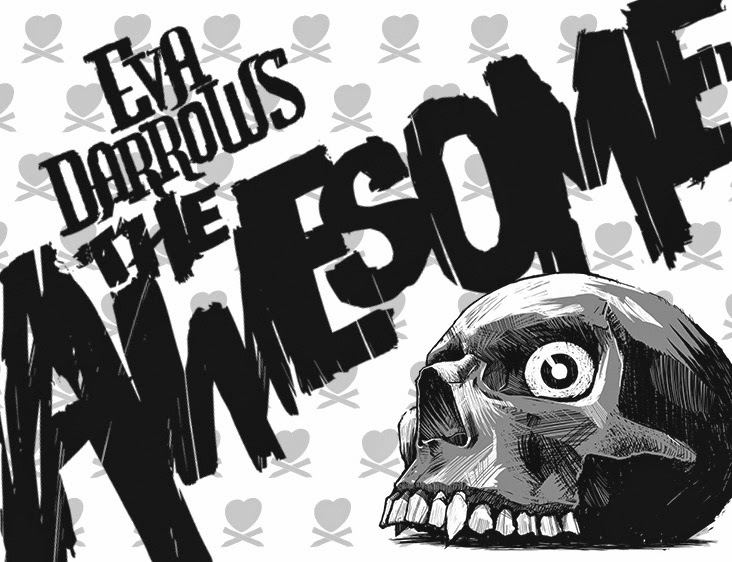 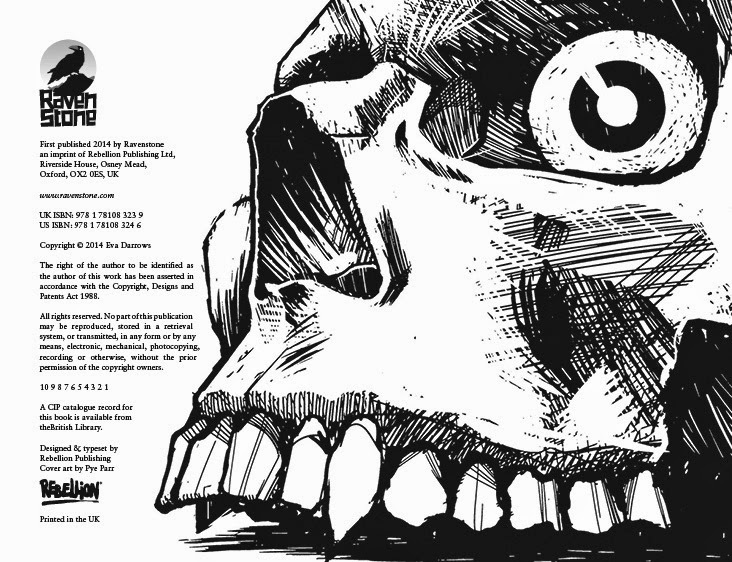 The book wont be out til next year, but I put together an advance review copy earlier this week - these are some designs for the internal spreads.
Posted by Pye at 13:26