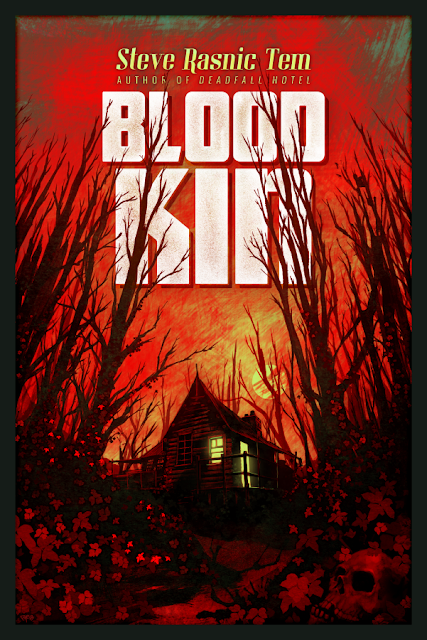 Another bit of cover art finished. Doing loads at the moment to get ahead for my impending Paternity Leave. This is for Blood Kin by Steve Tem. He was really keen for it to be a proper bit of overgrown, rotting, slightly psychedelic southern gothic. Below is the cover art without cropping/text design, which for once I didn't try and incorporate from the start. 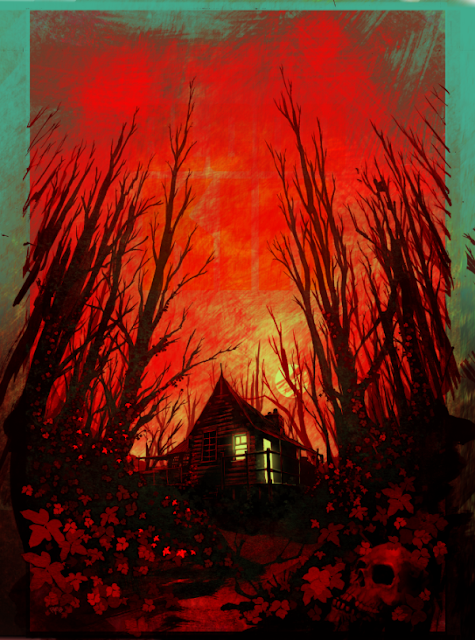 As this cover has quite a lot of similar elements to Different Kingdom (trees/old houses/leaves) I was keen to make it as different as possible stylistically, so I inked most of the silhouettes by hand then put them all together afterwards in photoshop. For the Kudzu leaves in the foreground I made a some custom brushes in photoshop and built up layers of ever brighter/bigger leaves. Really helped to add some depth to what was quite a flat silhouetted picture. The skull in the bottom right was a last minute addition too. I loved doing this - the whole process/technique I used is something I'm keen to try again! 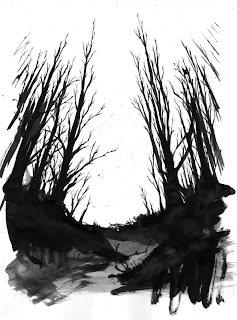 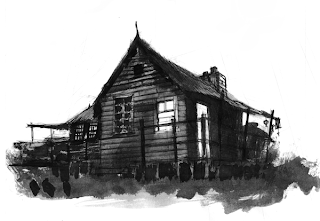 Scans of the ink drawings and my first mockup from a few months ago. 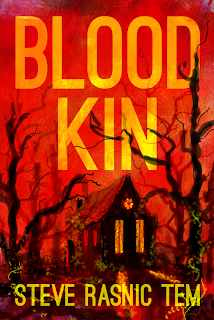 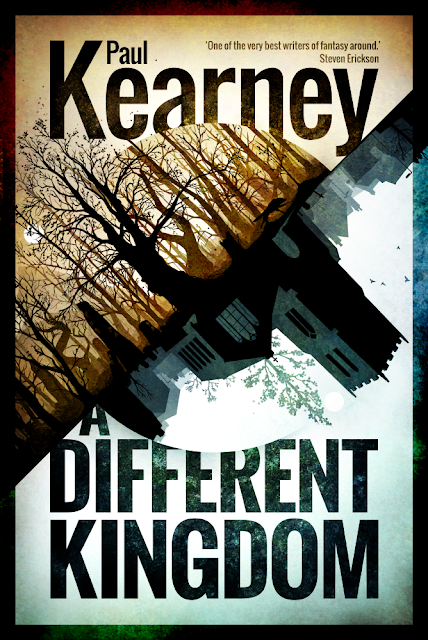 A Different Kingdom is the first book in a series of three by Paul Kearney, originally published by Gollancz in the early 90s. They're all stand alone stories, but are linked thematically rather than by any particular plot, and generally involve people slipping between normal and fantasy worlds and vice-versa. Anyway Solaris are re-issuing them soon, and this is the cover I did them. 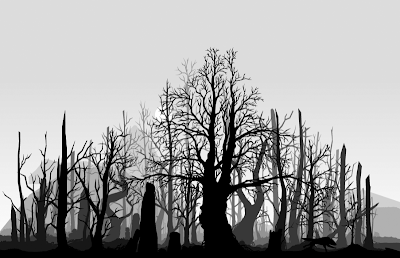 All the cover elements were created in Adobe Illustrator, before being pasted, one layer at a time, into Photoshop for colour and texturing. The text and general layout was all done in InDesign, all of which had to be pasted into photoshop too, to use as layer masks when hiding/fading parts of the artwork. 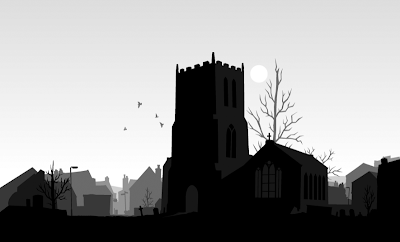 The hardest part for me here was deciding how to create the contrast between both the real and fantasy halves of the picture and the main book background without ending up with some part of the image in negative. My first idea was literally just a spot with two silhouettes in, which I'm glad I managed to ditch, although it took me a while to work out how... 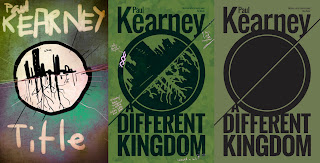 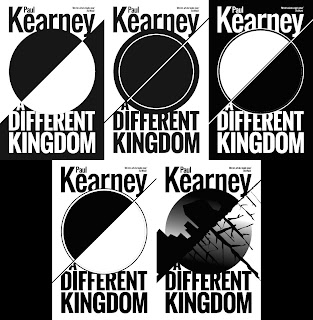 I like the final thing so much I'm selling a square, untextenated (its a word!) version of the cover art as print from my webshop. If you'd like to buy one click here! 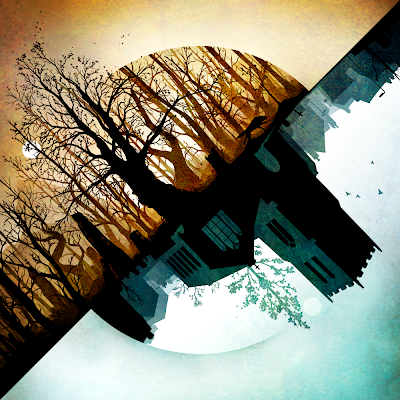