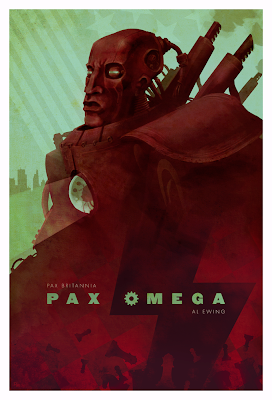 Finally finished the cover art for Al Ewing's 3rd book in the Pax Britannia series; PAX OMEGA.
Really pleased with this. Back cover below: 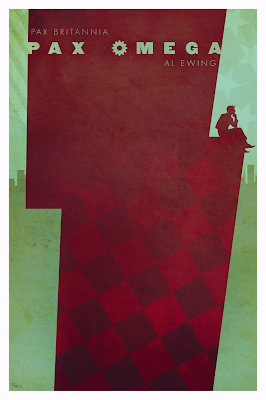 ...and a rough idea of what the final design will look like. It needs some proper text, and the spine isn't finished yet but you get the idea! 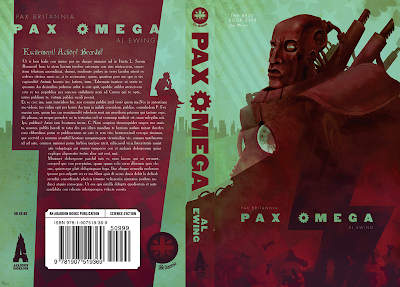 Didn't really do and sketches or preparatory work for this one, as I had a fairly clear idea in my head of what I wanted it to look like, but I ran out of steam about half way through when it came to filling the bottom of the page. Below are my 3 main ideas of what to fill the space with. The 3rd 'thunderbolt' one is clearly the best, but I didn't particularly like duplication of the city skyline so Al suggested a chess theme. I thought this was a genius idea it and fitted in perfectly with the really graphic style of the rest of the cover.

This one's been pretty tough to be honest. This version of the cover has come together really quickly and easily over the last 2 days, and I'm very happy with how it turned out, but I only started it because my original picture just wasn't working. I've spent days and days over the last few months in a frustrated self-doubting nightmare, desperately trying to make it as good as I wanted it to be. I must have re-drawn the main Doc Thunder character at least 3 times, and completely restarted the colouring at one point. Of course, the longer I spent on it, the harder it was to throw away and start again, but in the end I just couldn't face working on it ever again and decided to start from scratch. Not an easy decision to make!

Below are my sketches for the original cover, and the final image as far as I got with it. None of the main characters are properly painted, but I'm still pleased with the colouring and lighting on the Masterbrain (big robot)'s brass head and copper belly. All the planets and lightning in the background are ok too. I think the main problem with this picture is focus really. i.e. there isn't one. There's just so much going on you don't know what to look at, and I've pretty much used every colour there is, so nothing stands out. I think the tipping point for me was looking at it and thinking 'Would I buy a book with this on the cover?'. When the answer was 'No.' it was pretty hard to carry on. 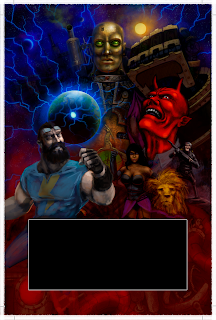 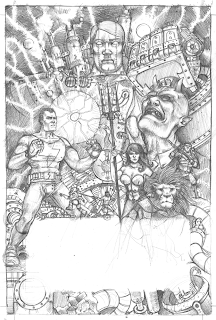 On the pencils you can see some of the changes I made. Doc Thunder is totally different, I completely removed El Sombra and the hazmat-suited scientists (they're pretty small at the bottom) and the Masterbrain's brass head used to resemble a much loved star of the silent screen (also Hitler).

Finished quite a few covers recently, two of which I started probably a year ago but have only just got to send to press. First is Chuck Wendig's Double Dead for Abaddon Books, which I changed quite a lot from my original rough (check that out here). I redrew Coburn, the main character at the top and decided it needed some explanation for the Double in the title so added a load of zombies at the bottom. I always intended to do this but they're quite different to how I thought I'd do it. I was thinking grey shambling silhouettes at the bottom of the image to start with, but green mouldy faces are much more fun! 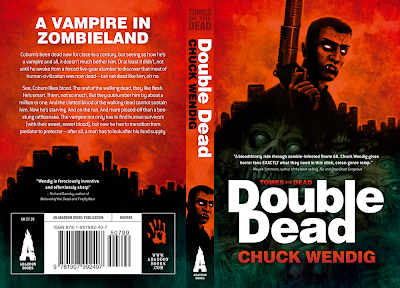 The art without coverlines: 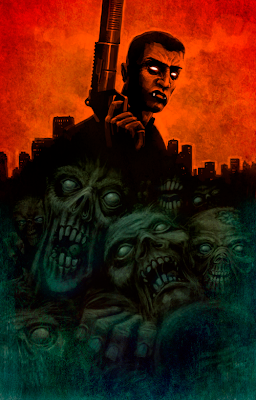 I also finished the cover for Solaris Rising, a new science-fiction anthology from Solaris edited by Ian Whates, which went to the printers on the same day as Double Dead by a weird coincidence. Unlike that though the cover art hasn't changed at all from my original go at (which is a rarity for me - I have trouble leaving things alone), but I finally got to add all the cover text on top which I'm pleased with - it fits quite nicely I think and makes the whole thing look a bit cooler. 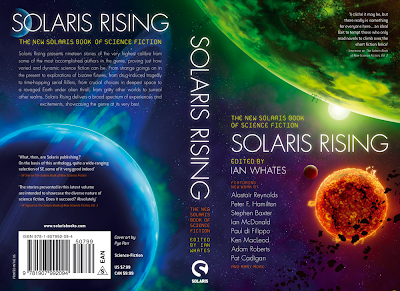 Lastly a preview of a forthcoming eBook from Abaddon called Time's Arrow, written by Jonathan Green. This will be the first of three covers for this book, which will be released in installments over a few months ( I think). Covers for volumes 2 & 3 coming soon (ish)... 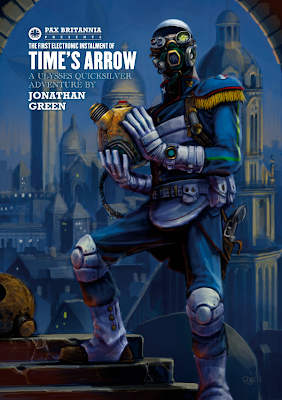 On the left are the pencils for the above image, and right a page from my sketchbook of some designs for Le Papillon, the French Terrorist who appears in the story.