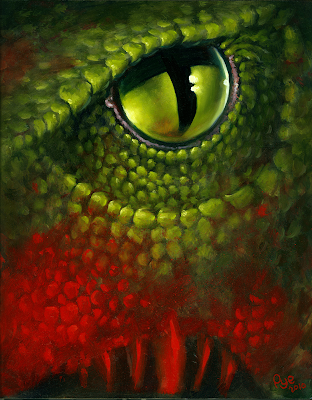 After a bit of badgering, Tharg let me do this image for the Flesh preview ad in 2000 AD prog 2011. Initially I asked if I could do a pin-up or something but as there was already (an awesome) one by Ben Willsher in that issue so he suggested coming up with something for the new series of Flesh. I was going to do something digital but I decided on oil paint when I'd come up with a rough sketch. Below are the final ad as it appeared in the Prog and a WIP photo taken about an hour after starting. 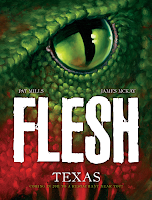 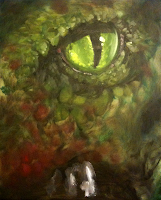 Below is a painting I did as a suprise Christmas present for some friends. This is Mutley, their dog. The hardest thing about it was getting the deaf old bugger to sit still long enough to take a decent reference photo... I managed one in the end but you can see my hand in the corner propping him up. he kept lying down or sniffing the camera when i stopped fussing him long enough to take a picture. Also, lying in the photo is an old turquoise canvas which is what made me choose the background colour of the final painting, I was just gonna go for browny black to start with. It took me about 4.5 hours to finish, in 2 sessions which is quite quick for me. The WIP pic was taken at the end of my first, so about 2 and a half hours in. I'll take a better picture of the final art soon, this is just off my phone so it's a bit fuzzy. 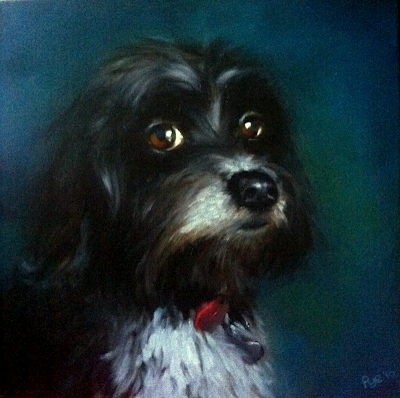 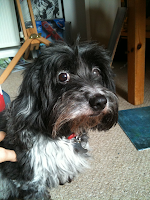 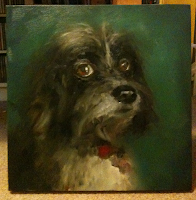 Before Christmas I did a mockup for a new book in Abaddon's Tomes of the Dead line called Double Dead and written by an American author; Chuck Wendig. What started off as a sketch actually looks pretty cool so hopefully I'll get to finish it off for the proper book. It's about a vampire (who is a bit of a dick I think, which should be entertaining) who has to protect a bunch of humans in a zombie apocalypse just so he's got something to eat! You can read more about the story here.
I want to add some grey zombie silouettes along the bottom of the pic, maybe chasing someone, but I'll do that later - this was just for the Abaddon 2011 catalogue. 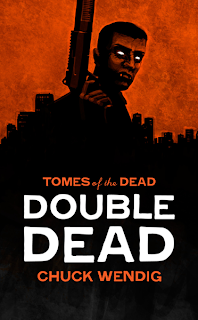 Lastly is the final cover for The Black Chalice by Steven Saville, which I had to had to redo again using a more interesting pose from the photos I took several months ago. The original version is in one of my older posts if you want to compare them. I must have reworked this image at least 4 times now so I really don't know what to think any more! Anyway below is the final image and the final book cover. I did 2 skies too, one red, one blue. I like the red one a lot in the picture on its own but when I dropped it into a cover template, zoomed in a bit and put some text over the top it looked a bit unicorn-t-shirt-cheesy so I changed back to a sky that looked more like my first attempt at the cover. 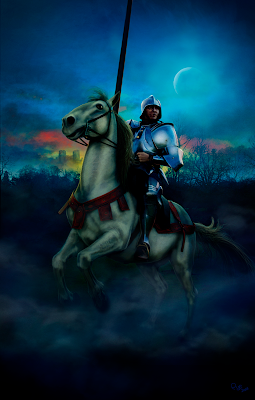